Through the Pensieve -- A Very Potter Year 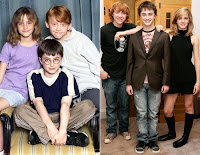 What a year 2011 was for Harry Potter fans!  Even though the release of the last Harry Potter book was four years ago, J.K. Rowling still managed to heat-up the headlines, especially through the summer.

Harry Potter and the Deathly Hallows, part 2, released at midnight on July 15 to excited audiences in the U.S. and U.K..  Fans were both eager to see this final film of the beloved franchise, and also reluctant to witness the end.  For many, as came to be said time and time again, Harry Potter had been their childhood...and they held on to savor those last thrilling moments.

But, one month earlier, on June 15, JK Rowling had promised her fans a new treat to come -- Pottermore!  By the middle of July, no one was sure exactly what Pottermore was, but the anticipation of new material from Jo had lifted everyone's spirits and incited a massive online search for clues.  The thrill of the hunt which had kept fans fervent from one Potter book to the next was renewed as readers tried to guess exactly what Jo had up her magical sleeve this time around.

When Pottermore opened on July 31 to Beta registration with 7 days of the Quill Quest Challenge, the internet (and this blog!) went wild.  Fans were frenzied to catch their quill and ensure their early entrance into Pottermore.  The Pottermore pearly gates were supposed to open to one and all in October, but, alas, beta testing has continued, the craze has died down, and now fans are waiting and hoping to hear from JK Rowling when and WHAT her next release will be.

Honestly, after what Jo said at the Deathly Hallows premiere about having multiple books ready to go, I had thought we'd be gifted with an announcement regarding a new release around Christmas.  But if I may be so bold as to make a Trelawney prediction, I do believe we'll hear of her next release in the next three months -- perhaps as a Valentine's treat!


For me personally, through this blog, 2011 was a year of new ventures and experiences.  I wholeheartedly joined in the craze of Pottermore speculation throughout the summer and enjoyed every minute of it.  If you want to look back on some of the wild (and sometimes accurate) speculation that took place here, just follow the Pottermore label.

The beginning of summer was also when I decided to come out to play on Kindle for the first time.  And I have to say, it was one of the best decisions I've ever made writing-wise.  I'd been teaching my Writer's Guide to Harry Potter workshop for several years, the last few online.  That workshop is what inspired this blog, not the other way around.  So I had this material all written out, but only shared with a few people.  Kindle allowed me to expand those few exponentially.

Last year at this time, I analyzed which of my posts had gotten the most hits.  For 2012, hands down would be anything I posted during the heat of the Pottermore craze.  Posts like The Quill Quest is On! and Pottermore -- The Numbers Game garnered almost 40,000 hits together

But beyond Pottermore, the posts that seem to draw visitors to this blog the most have been those dealing either with the mythological aspects of Harry Potter, such as Mad-Eye's Magical Eye, mystery plotting techniques, such as One Potent Word, or posts on characters or characterization, such as Characterization in The Boy Who Lived.

One might think that with over 170 posts on Harry Potter I'd be running out of ideas.  But the truth is the opposite.  Every post I research seems to bring more ideas to mind.  That recent analysis I did on Luna as the Eye of Harry showed me at least 3 other ways JK Rowling had used Egyptian mythology in related ways that I'd not clearly seen before, which I still have to research, write-up, and impose upon you all! :-)

So, together, with your wonderful comments and questions, I anticipate a very full and rewarding 2012!

I thank you all for being with me through an exciting 2011 here on Harry Potter for Writers, I thank deeply all the wonderful guest bloggers who posted here, and I look forward to an even better year to come!  And to start the new year off right, be sure to join me next week for a special guest blog in two parts from theater director and author Shelley Souza, who has written a wonderful post on JK Rowling's writing process which is based primarily on quotes from Jo throughout the years.  Shelley's put a Grawp-size amount of research into her post and you won't want to miss it! 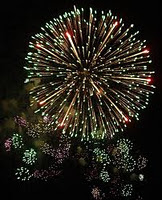 I wish you all a very happy New Year.  May 2012 be a year filled with the magic of an imagination that probes beyond normal boundaries, the knowledge to make good choices in your writing careers and reap the benefits from them, and the love and support of good family and good friends, both those near and online.

Happy New Year to Muggles and Magicals All!
Posted by S.P. Sipal at 6:58 PM