I started this blog in July 2010. Five months later, I'm so happy that I did. I've met a lot of wonderful people both here and through my supporting Twitfeed at @HP4Writers. But there's been a learning curve involved and I'm realizing that I need a game-plan for when life is hectic and its harder to put together a post that requires a lot of time and thought, which most of my analytical posts require. 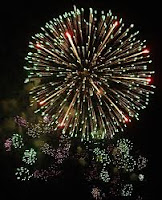 For the upcoming year, one of my goals is to host more guest bloggers. Jo Hart, of The Graceful Doe, did a great job with her post on What Harry Potter has Taught Me About Writing, and I'd love to have more writers who have learned from JKR contribute in a similar manner.

One thing I find interesting as I look back over the last few months, is which post has been the most viewed. I hate to say "favorite" because I'm not sure that just because it's drawn the most traffic means that it's the one readers like the best. It could just be a matter of search terms. But according to the blogger stats, my top post is All The Kreacher's Men. Sure hasn't drawn the most comments, though. That honor is a 3-way tie split between:


Other top-visited posts are:

3) That Deathly Hallows Symbol, and

4) Best of JK Rowling on Oprah


In fact, I greatly enjoyed the live TweetParty I hosted with other JK Rowling fans during the broadcast of her appearance on Oprah, and hope to do other live events in the future when breaking news occurs.

Interestingly, one of my posts that has drawn no comments, which I'm sorry about, is An Open Letter to JK Rowling. Maybe there aren't enough obsessive-compulsive writers out there (like me!) who want to know more about JK Rowling's writing process, but I doubt it!

If I had worried in the beginning as to whether there'd be enough material to continue this blog for a long period of time, I don't now. I feel that I've barely scratched the surface. JK Rowling has gifted the world with such a rich treasure trove of material both in story and in writing, that I know I can continue happily posting here for many years to come. And by then...hopefully we'll have new works to dissect!

May the new year bring us a new release from JK Rowling, sales of our own work, and the continued vast support of our writer friends from across the Internet!