I once heard literary agent Donald Maass give a workshop on his Writing the Breakout Novel. One thing he said I will always remember -- backstory is called backstory because it belongs in the back of the story.

Too many beginning writers make one big mistake -- loading their first scene, first chapter, first quarter of the book with way too much backstory. They feel that the reader won't understand their protagonist, their plot, their world, unless they TELL ALL upfront. However, this usually deadens the forward movement, the energy of the story, and leaves the reader without any urgent mystery to propel them onward.

One of the most important mysteries you should be pushing your reader to discover is the compelling backstory you’ve withheld. Think about JKR. Her masterful withholding of backstory is the energy that thrust the reader not only through the first book, but the next several to come as well.

Take a look at these key Harry Potter series mysteries, based on backstory, that readers were dying to know:


I am so happy to welcome two very special guests to the blog today. Jane Dougherty is one of the most talented writers I know. Her Green Woman trilogy is a vividly written and fantastically dark post-apocalyptic story that breathes old myths to new life. I'm just getting to know Ali through Grá mo Chroí, and love the passion she brings to the retelling of these classic stories. Together, Jane and Ali have written a beautiful collection of love stories that transported me to an Ireland long ago...and yet still alive. And with Valentine's Day approaching, I can't think of anything lovelier to read. So join me in wishing a:

Thank you Susan for letting Ali Isaac and Jane Dougherty (that’s us) use your blog today. On February 11th, Grá mo Chroí will be released, a joint adventure into the retelling of some of the great love stories from Irish myth. 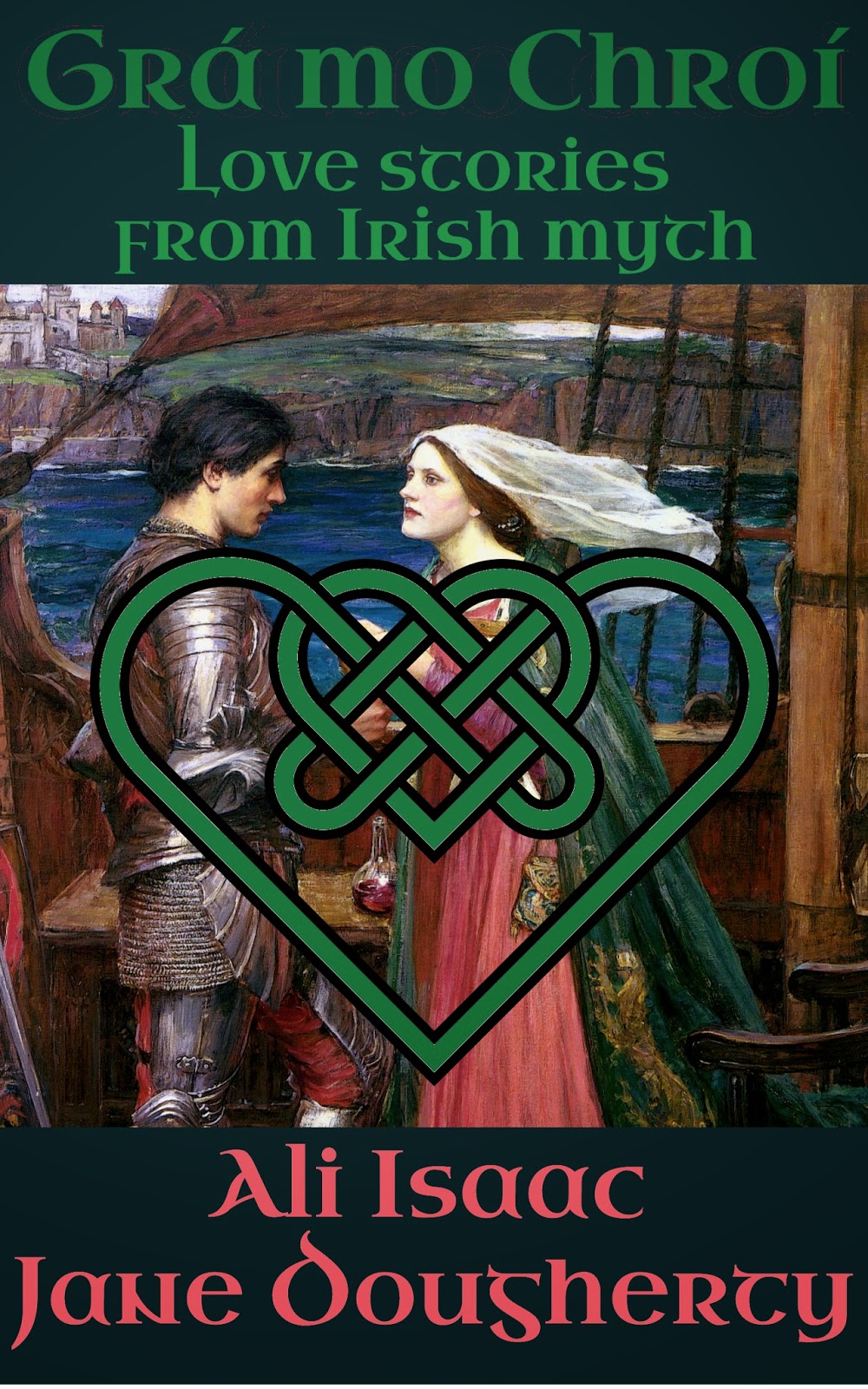 Long ago in a green island surrounded by protective mists, a people lived among the relics of a bygone age of which they knew nothing, not being archaeologists, but around whom they created a mythology. They were a volatile people, easily moved to love or war, and motivated by a strict sense of honour. They had women warriors and handsome lovers, wicked queens and cruel kings, precious heroines and flawed heroes. Magic was in the air, beneath the ground, and in the waves of the sea, and hyperbole was the stuff of stories. They were the Irish, and these are a few retellings of some of their beautiful stories.

Ali Isaac and Jane Dougherty are writers with a shared heritage. Ali has woven that heritage into the fabric of her stories about Conor Kelly and his adventures in the Otherworld. Jane consistently slips references to the old stories and the old heroes into all of her novels.

The Symbolism behind the Ancient Magic of the Cauldron

In my area of the South, no proper family reunion would be held without Brunswick stew. And, as everyone knows, a proper Brunswick stew is prepared in a cast iron pot over an outside fire. The stew needs that smoky flavor to attain its true heights of deliciosity. Yum!

I've been thinking about these cast iron pots since I incorporated one into a key scene in Southern Fried Wiccan. There's magic long associated with this old, simple cooking implement, and I began to wonder why.

Humans have always eaten, but only in the last million years or so have we transformed our food from its natural, raw state by the aid of fire. Some scientist credit this new cooking technology with the rapid expansion of the Homo brain into the modern humans we now are.

Imagine for a moment that you are living in days long ago, before electricity, before solidly constructed homes and a reliable heat source. How amazing would the warmth and protection that a fire offers feel to you? Then to add to this magic, the transformation that occurs when tough, bloody meat is roasted over the crackling flames to bring out the tender, savory goodness. Or later, when technology had progressed enough to put a vessel atop those flames - a pot (of leather or baked clay initially) of hot liquid giving new life to leftover bones and discarded scraps of plants. Surely this was magic.

Is it any wonder, then, that one of the most ancient, most universal symbols of magic is the cauldron over a fire? This simple, common pot that has nourished people for millennia? Long considered the domain of women and the goddess, the spiritual aspect of food transformation has been associated with Hestia as the hearth goddess of ancient Greece, to the Celtic Ceridwen and her cauldron, to Kamuy Fuchi the Japanese goddess of the hearth and gatekeeper to the other realm. In the mystical beliefs of Islamic Sufis, only those who attained spiritual enlightenment were fully "cooked."

In Southern Fried Wiccan, I employed the symbolism of this cooking vessel by two women who each use it to perform their own brand of magic. Mother Faith, the Wiccan priestess, uses a small altar cauldron to help her young witches focus their minds and energy on what it is they truly want to achieve, whereas G-ma, the protagonist's grandmother, uses the food and drinks she lovingly prepares to heal and strengthen all those she comes in contact with. 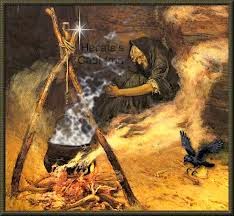 In modern times, women have fought to free themselves from the enforced bonds of hearth and home. Which, as someone who knows full well how time-consuming proper food preparation is, I 100% agree with. But I also believe it important to understand and embrace the original associations of this ancient symbol...for ALL sexes. The cauldron and the fire were born from the awe of those who wielded the magical abilities to transform one substance into something new and delicious. It's a symbol of power and knowledge.