Welcome to part 2 of Shelley Souza's fabulous compilation and analysis of J.K. Rowling's writing process from Jo's own words.  Shelley has scoured old interviews to bring together anything JKR has said regarding how she wrote her phenomenal series. Part 1 was posted on Tuesday, and if you haven't read that yet, you will definitely want to check it out as well.

Here, in part 2, Shelley delves more deeply into what Jo had to say regarding her choices of names, her use of myth and folklore, and how everything was created from the core of Harry's character.

So, once again, please welcome Shelley!

A Peek Into J.K. Rowling's Writing Process in Her Own Words, part 2


When a writer who is character driven (as Rowling is) involves herself in a long project, a large amount of the material that's generated, in the creation of the characters and their world, will never find its way into the books. As she mentions in the previous quotation,[18] amassing that much material was, in part, for her own pleasure.

Part of that pleasure for Rowling is in the naming of things:


I collect names. I've always collected names, so I've got notebooks full of them.[19]

Ideas come from all sorts of places and sometimes I don't realise where I got them. A friend from London recently asked me if I remembered when we first saw Hogwarts. I had no idea what she was talking about until she recalled the day we went to Kew Gardens and saw those lilies that were called Hogwarts. I'd seen them seven years before and they'd bubbled around in my memory. When Hogwarts occurred to me as a name for the school, I had no idea where it came from.[20]

Names are really crucial to me. Some of my characters have had eight or nine names before I hit the right one. And for some reason I just can't move on until I know I've called them the right thing - that's very fundamental to me.[21]

Sometimes invention gives out. I was writing the latest chapter of Harry Potter and the Half Blood Prince and I needed to come up with another name for another potion. I sat for ten minutes at the keyboard then I just typed “X”. I thought, ‘I’ll go back and fill that in later.’ Sometimes you really want to get on with the story. Sometimes names just come to you, which is a great feeling, but sometimes it is difficult and you have to batter your brain for a while. Sometimes it comes to you while you are washing up or on the loo or something. My husband is quite used to me saying, 'Wait!' then running upstairs and writing something down.[22]


The conception of new words:


I love making up words. There are a few key words in the books that wizards know and muggles, as in us non-magic people, don't know. Well, muggle is an obvious example. Then there's quidditch. Quidditch is the wizarding sport. A journalist in Britain asked me...she said to me, 'Now, you obviously got the word quidditch from quiddity; meaning the essence of a thing, its proper nature.' And I was really, really tempted to say, 'Yes, you're quite right,' because it sounded so intellectual. But I had to tell her the truth, which was that I wanted a word that began with Q—on a total whim—and I filled about, I don't know, five pages of a notebook with different Q-words until I hit quidditch and I knew that was the perfect one.[23]

And twisting the repertoire of folklore and mythology into a new narrative, to fit her story:


I've taken horrible liberties with folklore and mythology, but I'm quite unashamed about that, because British folklore and British mythology is a totally bastard mythology. You know, we've been invaded by people, we've appropriated their gods, we've taken their mythical creatures, and we've soldered them all together to make, what I would say, is one of the richest folklores in the world, because it's so varied. So I feel no compunction about borrowing from that freely, but adding a few things of my own.[24]

The liberties Rowling has taken with words, mythologies and ideas of writers she admires (Dorothy L. Sayers’ belief that romance and mystery do not made good companions in bed, for example), are the building blocks of the wizarding world. For the reader they come to life in much the way Harry did for Rowling--with a sense of excitement and surprise.


You can always tell if it's a good idea because you get a physical response to it, you get this sort of big leap of excitement.[25]

This sense of excitement, I suspect, is also the gauge by which Rowling determined whether the internal logic of her characters and their plot was credible or not. Each new idea that gave her this "big leap of excitement" provided much needed inspiration to keep her on track, at a time when life circumstances were difficult and prospects bleak.[26]


When asked about the source of her books, Rowling says, "I get it all from remembering what it was like to be a kid. So everything Harry goes through, and all these feelings of being lost sometimes and confused, these are all things I remember really vividly.”[27]

Rowling’s answers to questions James Runcie poses, at the beginning of his documentary J.K. Rowling…A Day in the Life, show how her personal values have infused the world of Harry Potter, consciously and unconsciously:[28]

The plot came entirely from Harry. This statement, more than any Rowling has made about her process as a writer, reveals how she found the internal logic that holds the story together to create a plot that is loophole free.


He really is the whole story. The whole plot is contained in Harry Potter; his past, present and future—that is the story. Harry came to me first and everything radiated out from him. I gave him his parents, then his past, then Hogwarts, and the wizarding world got bigger and bigger. He was the starting point.[29]


The part of the psyche that works in concert with consciousness and supplies a necessary part of the poem—the heat of the star as opposed to the shape of a star, let us say—exists in a mysterious, unmapped zone: not unconscious, not subconscious, but cautious. It learns quickly what sort of courtship it is going to be. … If you are reliably there, it begins to show itself—soon it begins to arrive when you do. But if you are only there sometimes and are frequently late or inattentive, it will appear fleetingly, or it will not appear at all.

This is what I think Rowling meant when she spoke of finding herself at the moment she hit rock bottom, when she discovered she had a strong will, and more self-discipline than she had ever suspected, to finish the only work that mattered to her.[30] When, in her darkest hour, writing was all she had left to fall back on, Fortuna smiled, because Rowling had always turned up to write, even when it didn’t appear to count.

There’s so much to say about J.K. Rowling that has helped me in my life outside of writing. But perhaps I’ll end with the two things that struck me most when I was searching for my path as a writer. In talking with Oprah Winfrey, Rowling described herself as someone who had very little self-confidence in most things except her ability to tell a story. She also told Oprah that she had never felt as excited about an idea as when Harry and a school for wizards leapt unexpectedly into her mind, even though she had never considered writing for children.[31] The story, she says, chose her; she didn’t choose it.[32]


I think that the biggest lesson from the success of Harry Potter is that you need to try not to follow a trend. It's almost a cliché. You have to follow your heart. In Harry Potter, the wand chooses the wizard; and when the wand chooses you, you take it. You don't try to find which other books are selling, which ones are hot right now.[33] Arthur Levine

“How do you want to be remembered?” Runcie asks J.K. Rowling at the end of his documentary.

“As someone who did the best she could with the talent she had.”[34]

The creative process is a mysterious thing. It's not linear, and it has its own agenda. It's not there for us to use it—we are here to be used by it. In this sense, J.K. Rowling gave fully of herself—her intelligence, wit, morality, political beliefs, knowledge of literature, life experience, and abiding faith in the redemptive power of love—to the agenda of the creative impulse that chose her to write Harry Potter. Her conviction in the one thing she believed she could do—tell a story—and her belief in the story that chose her, is the reason fans of all ages have fallen in love with Jo Rowling the person, not just with J.K. Rowling, author of the Harry Potter books. Through learning about what inspired her process as a writer, I gained insight into trusting my own. 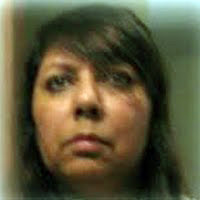 BIO
Shelley Souza received a Master of Fine Arts in directing from U.C. Irvine and spent over two decades developing and staging new plays by established and emerging playwrights. She has authored hundreds of articles on new technology (which she loves) and ghostwritten four books of non-fiction for clients of an independent publisher. She is a member of the Authors Guild and SCBWI.