Every Child In Our World Will Know His Name 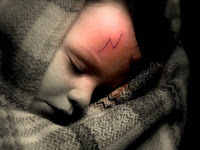 "These people will never understand him! He'll be famous--a legend--I wouldn't be surprised if today was known as Harry Potter Day in the future--there will be books written about Harry--every child in our world will know his name!"

When JK Rowling put pen to paper to craft McGonagall's words in the very first chapter of Philosopher's/Sorcerer's Stone, she had no idea how prophetic they would become. Now millions of people around the globe know the name Harry Potter and, indeed, celebrate Potter Day both on July 31 and October 31.

But once, just like many of us, Jo was an unknown, unpublished writer who had no idea if her story would even sell, much less become a world-wide publishing phenomenon. As she said herself when asked if she'd known how successful her series would one day be, "I'd have to have been insane to have imagined this."  And that was in the year 2000!

Somewhere out there in NaNo land, one of us may very well be writing a story that one day will become a well-beloved story where millions of people will know our name.  Or, at least several thousand.

Could it be you?

And even if such lofty goals are not in our sights or even in our hearts, by putting our own pens to paper or fingers to keyboard for this month of November (and after), we can at least discover for ourselves and our friends the delightful figments within our own imagination.

What are your loftiest goals?  In your wildest dreams, what do you hope for your story?  And in your more modest expectations, will you be happy having discovered and shared your inner world with any sized audience?