The Book that Broke the Mold

Of all the 7 Harry Potter books, Deathly Hallows stands unique in a crucial role which it plays in the series. It is the book that broke the mold.

Through the course of the prior 6 books, JKR had established story patterns to help set her readers' expectations and advance the plot. These patterns included: 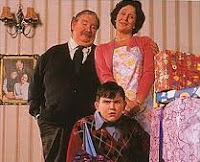 There are also a couple of patterns she established early on to hide clues, but that's a topic for a different post. :-)

Of the three patterns listed, for the most part, JKR established and then maintained them consistently through the first 6 books. She didn't always have the Dursleys on set at the end of each HP book, but she always had Harry returning to their loving home. Also, there are a few places where she presents a scene outside of Harry's POV, such as "The Riddle House" in Goblet of Fire, and "The Other Minister" and "Spinner's End" of Half-Blood Prince. These are also places where she technically does not start at the Dursleys' home. However, she presents these scenes at the very beginning of the book, then switches back firmly into Harry's POV, who IS at the Dursley home, and remains in his POV for the rest of the story.

Finally, each book of the first six follows a year at Hogwarts. You know as a reader what to expect with the school calendar. A major twist is happening with Halloween, a key turning point around Christmas, and the climax with final exams.

These patterns that JKR established helped set the pacing and expectations for the reader. Smashing these patterns in the last book was a dramatic way of showing the reader that everything in Harry's world had turned upside down...or gone Levicorpus.

In Deathly Hallows, while Harry starts out at the Dursley home, it is made clear to the reader that he is leaving there for good. Dumbledore's protective blood charm has worn off as Harry attained adulthood, and he will not return. But what is most significantly different in this last book is that Harry is not happily on his way to another year at Hogwarts. This jarred fans tremendously, but it demonstrated clearly how serious the war had become and how determined Harry was to accept his responsibility and fate. Harry’s world had changed completely, and Harry, now an adult, was forced to change with it and accept his new responsibility.

As writers, we should also notice when JKR chose to dip outside Harry's POV. She carefully selected scenes to present from a POV different than Harry's, and they were always at the beginning of a book with a situation which Harry would have no access to view, even through his Voldy-connection. However, what is most revealing about these POV breaks is whose head she did NOT get into. Neither in "Spinner's End" nor "The Dark Lord Ascending" did she choose to present from Snape's POV. To be inside the head of the master trickster would entail revealing info she was not yet ready to reveal--or else cheat her reader. And thus these scenes were presented from a more traditional, omniscient narrator POV.

Breaking a well-established pattern gives a jarring impact to your faithful reader. Used properly, this can provide a powerful punch and demonstrate that your world is changing, darkening, coming to a climax.

Take a moment to look at your story, especially if you're writing a series. Have you established any patterns within its frame? And if so, have you plotted how and when you will break your patterns to help your reader experience critical changes in your world and to your character?
Posted by S.P. Sipal at 11:54 PM