Curiosity Killed the Cat but Captured the Reader

As I was coming in my backdoor last night returning home after a meeting, I heard a frantic meow out of nowhere. I listened, trying to pinpoint which of my three cats it was and where he was at. It took me a while to realize he was trapped inside our backporch shoe cupboard. When I opened the latch, he shot out, yowling at me for having left him in there for who knows how long. He must have wandered in when I was getting my shoes out earlier in the day, he's done it many times before, and I'd failed to notice.

But what can be lethal in a cat is the most important characteristic of a reader that a writer needs to embrace. Curiosity truly is the most potent magic for keeping your reader's attention.

For the last few weeks on this blog, we've been looking at techniques JK Rowling employed to hide her clues. To me, these are some of the most powerful techniques we can learn from studying JKR's work because 1) she did it so well, and 2) she has shown over and over again how loyal fans will be if you capture their curiosity and never let it go.

A story question, simply defined, is a question presented to the reader early on in the story that drives the characters and the action forward in order to answer it. Examples of some story questions include:


With Dorothy, her main story question did not begin until we were several scenes into the story and she'd landed in Oz. However, the viewer's interest was captured immediately by a couple of preliminary questions -- would Miss Gulch take Toto away from Dorothy? And then, would Dorothy get back safely to her Auntie Em?

Dan Brown works with yet another compelling story question technique. Although the question listed above is the overall question in that story, it is presented by way of a step-by-step progression of consecutive smaller story questions. Each question is presented in the form of a clue, that when solved, leads to the next one, and so on, so that the reader is never left without a burning desire to know the answer to a current riddle or clue.

As writers, we can work with single, double, preliminary-subsequent, or multiple story questions, in whatever way works best for our particular story. But what we have to be sure of is that even if one question is answered, another must be already in place, grabbing the reader by the eyeballs so that they MUST find out what happened.

But, what kind of questions work? And how do you creatively work these into your story?

For some specific examples, I thought it might be fun to look at the story questions JK Rowling employed in each of the 7 Harry Potter books:

PS/SS:  Why did Voldemort try to kill baby Harry?

Notice that this is the first question proposed in the series and one of the last ones answered. It's therefore more of a series question than this story's question. As JKR has no intention of answering this question off the bat, she quickly proposes another one:

Who is sending all those letters to Harry?

Like in Wizard of Oz and Raiders of the Lost Ark, this question is a preliminary one that is answered quickly and designed to lead us to the point where the main story question takes over.

What was in that package in Gringotts that is now at Hogwarts? And who is trying to steal it?

You'll see from this first example and those that follow that JKR generally uses the two-question approach to each story. She has an introductory question that first presents itself at Privet Drive. This preliminary question lasts long enough to get Harry to Hogwarts, when the main story question takes over.


CoS:  Preliminary: Why does Dobby not want Harry to return to Hogwarts?

Main: What lies within the Chamber of Secrets and who opened it?


PoA:  Preliminary: Who is Sirius Black and why did he escape from Azkaban?

Main: Why is Sirius suddenly out to get Harry?  And what made him betray Harry's parents years ago?


GoF:  Preliminary: Who is Voldemort using to trap and kill Harry?

Main: Who set-up Harry to be a champion? And, how will Harry suvive the tri-wizard tournament?


OotP:  Preliminary: Will Harry get expelled?

Main: What is the weapon Voldemort seeks that he did not possess in the last war?


HBP: Preliminary:  What is Draco's mission that Snape has made an Unbreakable Vow to protect and assist?

Main: Who is the Half-Blood Prince? And is he good or evil?

You'll notice that with this preliminary question, it is not solved early on as the prior ones were, but continues and folds into the main question.

One thing that's really cool about this main question is that even though the reader does not know who the HBP is, the question about his true nature is the same one readers are asking about Snape throughout this book and the series.


DH: Preliminary: Now that Harry's blood protection has worn off, how will he safely leave Privet Drive?

Main: Where are the Horcruxes? And why did Dumbledore hide so much from Harry?

Even if Harry is able to kill all the Horcruxes, How will he defeat a wizard more powerful, more experienced, and much less noble than he is?

You'll notice that, as this is the last book, there are several critical story questions remaining to be resolved.


JK Rowling's reader is never left without a compelling question to propel their interest in the story until it is answered very near the end.  While curiosity may kill the cat, it's the lifeblood for an author.

I read a story once where the author started off with a great story question which I was very curious to have solved. So, I read non-stop, until about half-way through the story, when the question was answered. My curiosity was assuaged and I set the book down to never finish.

Now the author, of course, did not intend this reaction. She had introduced a second question that was supposed to carry forward until the end, but the problem was that she only introduced it AFTER answering the first, and since my curiosity had not yet extended to the new question, and I did not find it as appealing as the first, it was very easy to set the book down.

If you must answer one question before the book ends, be sure you already have the second one well under way and that it is more captivating than the first.  Like with The DaVinci Code, subsequent story questions should become increasingly more compelling and complex. 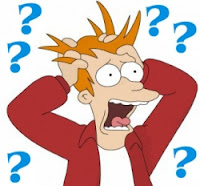 Finally, one more note about story questions -- it's usually not sufficient to want to know in a mystery will the murderer be caught, in a romance will the hero or heroine end up together (duh!), or in a fantasy, will the Light Side defeat the Dark Side.  These are foregone conclusions.  What is compelling is the specific question that makes YOUR story unique from all the others of your genre.  And your unique story question will be more powerfully portrayed if it comes forth from your main character's own personal goals, motivation, and conflict.  Thus, your story question should not resemble any others.

Capture your reader's curiosity from the very beginning with a powerful, fresh, engaging story question, and never let it go until the very last page! This is the way to keep your reader's nose in your pages and have them coming back for seconds.


What is your story question in your current WIP? Are you using a single question, or multiple? At what point is it resolved? (Hint: should be as close to the end as possible!)