Yesterday's guest post from Brooke Johnson got a lot of fans to respond, both here and through Twitter and Google+, about their own experience with meeting Harry for the first time. One really touched my heart, and Rae, the author, has graciously agreed to let me share it here with you all. 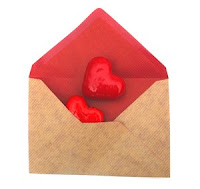 Where to start? Probably at the very beginning. First of all, this post is dedicated to the very lovely and talented Susan Sipal, and her blog, Harry Potter for Writers. Another blogger/writer gal named Brooke, inspired me to write my own version of the following post, "Encountering Magic for the First Time."

Like Brooke, I too, had a problem with Harry Potter lovers. I thought it was utterly ridiculous that so many people could get so very into a simple "children's book series," and I found myself feeling sorry for them. I even openly mocked and laughed at people who were into Harry Potter.

Also like Brooke, I much preferred to write more "logical" stories and I loved reading horror/mystery novels as well as science-fiction. The closest I ever got to reading a full-on fantasy series was in high school, when I read A Wrinkle In Time by Madeleine L'Engle...and even that was considered far more sci-fi than fantasy. I'd attempted to read both The Hobbit and The Lion, the Witch, and the Wardrobe as a tweenager. I was horribly disappointed with both series because I found them slow, dull, and boring, even at the age of 11. Star Trek was more my speed.

It wasn't until I was 26 years old that I at last allowed myself to read the Harry Potter series. I was bored, alone, recovering from an illness at my parents' home, and had nothing to read except religious texts, self-help books, and religious self-help books. My father, who is somewhat of a fuddy-duddy had listened to the Potter novels on tape, so I figured...what have I to lose?

Ever since I read the participle "thank you very much" at the end of the first sentence in Philosopher's Stone, I was hooked--irrevocably and hopelessly hooked.

I felt like Harry needed me to read his story, that if I didn't continue on with him through his adventures as quickly as I possibly could, that something even more terrible might happen to him. I wound up reading all 5 books in 8 days.


So many events in my own life paralleled his in so many ways...that I found myself identifying with him more and more. This boy was making it through so many destructive forces in his life--and it was a beacon of hope that I needed so desperately.

Before moving back in with my folks, I became so distraught that I was literally in the process of going to take my own life...when I was stopped. Thus the illnesses I was recovering from were every bit as physical as they were mental. I was sad and angry and any other feeling you can possibly imagine.

In my suicide survivor support group, we were encouraged to find a hero--somebody we could picture in our minds any time we found ourselves getting caught-up into suicidal ideation--and Harry Potter had become mine, at a time when I needed a hero the most.

It sounds a bit ridiculous when I try to explain it, but Harry Potter and Jo Rowling quite literally saved my life. My story does not end there, however. This is just the beginning of how Rowling has helped me.

Fast forward seven years. I am here now, as a wizard rocker, fan fiction writer, a better friend, and overall better person than I ever thought it was possible for me to be--at least back in 2004. Thank you, Jo, for your brilliance and fortitude in getting your story published. I would likely not even be around today were it not for Harry Potter.


It's incredible to me the power that Story has. Especially story from a master craftswoman who can touch hearts so profoundly.  Thanks, Rae, for such a warm and inspiring post!

Bio: Rae Carson is a writer who greatly enjoys fanfiction and Harry Potter..and frequently the two together. She goes out of her way to support WizardRock and help to get this exciting genre before a larger audience.  Stalk her on Twitter or her blog or fanfiction page.
Posted by S.P. Sipal at 11:38 AM