The portal. The secret door. The entry into an unknown and fantastic world. Is there any more cliched trope of fantasy writing no matter how creative the author may get? For L. Frank Baum, a tornado  acts as the portal, transporting Dorothy from her farm in Kansas to the magical world of Oz.  In C.S. Lewis' The Lion, The Witch, and the Wardrobe, it was the...well...wardrobe that hid an entrance to Narnia. And as all Potter fans know, it was Platform 9 3/4 that is best remembered as the secret door through which Harry left his Muggle life with the Dursley's to truly enter the magical world (although he'd taken a short dip through The Leaky Cauldron into Diagon Alley).

The Appeal of the Forbidden Secret:

In his book The Writer's Journey, author Christopher Vogler talks about the Law of the Secret Door (p. 112-113) (also related to Carl Jung's "Forbidden Door"). Many myths include a set-up whereby the heroine is told she must never eat from a certain tree, never open a certain box, or never pass through a certain door, upon pain of death. Of course the myths I’m referring to are Eve in the Garden of Eden, Pandora with her box, and Belle in Beauty and the Beast. We all know what happens, what is sure to happen anytime this sort of situation presents itself in a story. If you have children, you probably have this happen quite regularly in your life as well.

The power of curiosity is universal. In the words of the immortal Dumbledore, "Curiosity is not a sin.... But we should exercise caution with our curiosity... yes, indeed" (p. 598, GoF). Whereas later in the series Harry more strongly develops his own driving need to set the world right by stopping Voldemort, in the first three books, curiosity is one of the prime motivators driving on Harry, Ron, and Hermione. 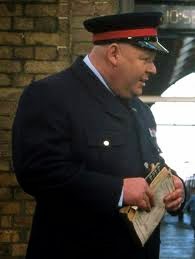 To further drive home the dangerous and important nature of these portals to new worlds or gateways to new challenges, Threshold Guardians are before them to keep the unworthy out. A guardian may be a goodhearted ally of the hero, looking out for his best interest, or he may be an accomplice of the villain, seeking to harm or hinder the hero from completing his quest. Either way, as part of his quest, the hero will be tested by his ability to overcome or win over the many Threshold Guardians he will encounter along the way.

At Platform 9 3/4, it is the guard who, with Muggle ignorance of the wizarding world and his belief that Harry is pranking him, keeps Harry from, initially, finding the hidden door. Harry must not give up, he has to listen for clues and approach the odd family that will provide him entry...the Weasleys.

The Universal Appeal of Entering a Fantastic New World:

From the Portrait of the Pink Lady, to Fluffy, to Moaning Myrtle, Harry encounters numerous thresholds and their guardians throughout the series. But it is this initial entry through the Secret Door that holds a special place in the fans' imagination. Which is why it is being revealed today as the new addition to Warner Brothers' The Making of Harry Potter Studio Tours at Leavesden and was also added onto the World of Harry Potter at Universal. 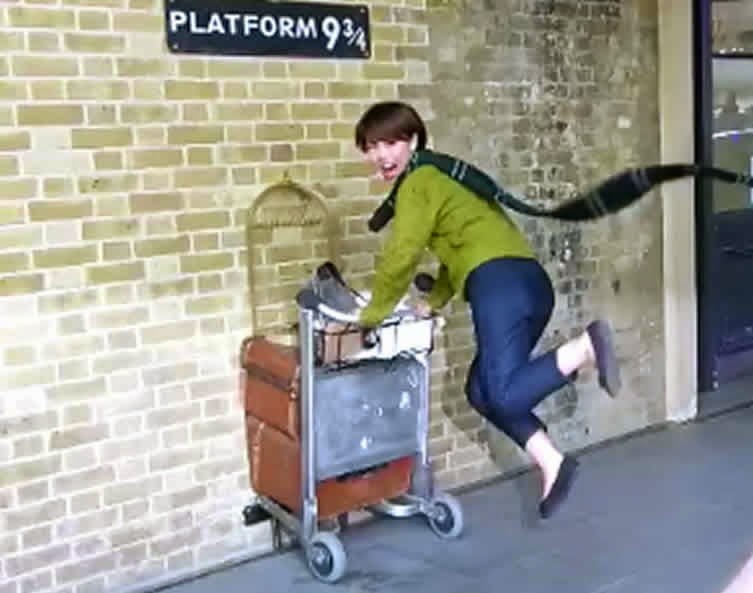 Most of us Muggles want to go through that secret door onto the hidden platform. We want to get on that train and let the Hogwarts Express carry us to Hogwarts where we can live out the fun and magical adventures that await Harry. I believe the reason why the portal to a fantasy world, the Secret Door, continues to be used in fantasy literature is because it holds such a universal appeal of wish fulfillment. Who doesn't want to escape into a world that is fascinating and exciting and where we hold new and unusual powers...even if danger awaits. It is only through this Secret Door, provided us through the power of imagination in the books that we love that we can live out our wildest dreams.

Using Forbidden Doors in Our Stories:

Forbidden Doors are special thresholds and great tools for writers. They set up reader expectation for something exciting and dangerous to occur once that gateway is breached. They pull your readers in, engaging their own curiosity as they urge your heroine on through the Secret Door, then hold their breath as to what fate will befall her for her trespass.

I think the goal for us as writers is not to ignore the powerful tropes available to us for storytelling, but to make sure we breathe new life into them so that our use is not cliched. Give them your own spin, an imaginative take-off that fits only your story and no one else's. Then maybe one day we'll have readers lining up at a Kings Cross element from our own story to take a picture in front of our version of a cart affixed to a solid brick wall. Or is that just more wish fulfillment?
Posted by S.P. Sipal at 9:50 AM