Pottermore is Open for Beta-Testing! 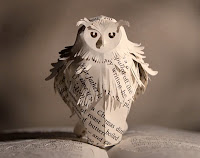 UPDATE! I'm IN!! But as soon as I had started in on Pottermore, the site went down for maintenance. When it goes back up, I'll start a new post with my impressions!

The Pottermore Insider has revealed that the REAL welcome e-owls are now going out! Some people have already received theirs and are inside Pottermore. Some of them are currently chatting on the Unofficial Pottermore Forums.

Let me know here or there when you get in and how you're sorted.  Will be updating both sites as soon as possible with new goodies now that it's working!

Will be updating info here and on the forum as it comes available.

Remember to keep checking back here as I will continue to update with new information received.
Posted by S.P. Sipal at 11:22 AM