With the end in sight of the Harry Potter film franchise, I thought it might be fun to do a brief survey comparing the films to the books.  I'll list the questions below and then answer them myself.  You can answer in the comment section, and please forward to any of your friends who are Harry Potter fanatics as well! 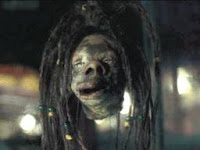 1) What did you discover first, book or movies?

2) What moment did you most enjoy seeing come to life on the big screen?

Me:  So many to choose from!  I think the ice imagery for the Yule Ball was spectacular and was deeply moved by Mr. Diggory's grief in Goblet of Fire.

3) What aspect of the movies looked the most different than your imagination had pictured it?

Me:  Lupin.  I think David Thewlis is a wonderful actor and characterized Lupin well, but he just didn't look at all like I'd imagined Lupin.

4) Which actor did you think best embodied the character?

Me:  It will be hard for me to choose just one.  I loved Emma Watson as Hermione and, of course, Alan Rickman as Snape.  But I also think Miranda Richardson as Rita Skeeter was fabulous as well as Gary Oldman as Sirius.  Really, so many!

5) Which movie-only element did you like the best? (meaning something added to the movies which was not present in the books)

Me:  I know Prisoner of Azkaban the movie was really a bit weird, but I loved it.  It's one of my favorite movies.  I loved the added elements with the shrunken heads.  In Order of the Phoenix, it was really cool to see them Order whizzing by various London landmarks.

6) Which element from the books that did not make it to the movies did you most miss?

Me:  All the stuff with the Marauders.  There was just so much to this backstory which had to be cut to fit into the shorter movie.  But I missed it, and I think it left non-book fans confused.  I know this goes a bit against my answer to five, but there you have it.

7) What surprised you the most about the movies?

Me: that all the major actors, really, even the minor ones, made it through all 8 movies!  Except for the death of Richard Harris (the first Dumbledore), I don't know of any significant actor change mid-stream.  Incredible.

***
I'm stopping at 7 as that's the most magical number. :-) I'm sure I'm forgetting many tidbits, and will probably be doing a lot of me-too'ing with your answers!

One question I have for anyone who might know:  The pacing of the movies, especially near the beginning, have always seemed a bit odd to me.  I don't know how to explain it, but it seems like the pacing of a person's response to an action is always just a beat off.  And, for me, this is not just one movie but several.

For a good example, in Prisoner of Azkaban, after Harry has blown up Aunt Marge, he lingers, watching her for a few seconds longer than I think is necessary so that his running away seems almost late, an after-thought.

I'm wondering if this pacing thing is something that's just different with British pictures rather than American, or if it's just me! ;-)